“The 2014-15 PGA Tour season began 353 days ago and has included 47 official events. It ends today. The next season will start in 18 days.” Jason Sobel, senior golf writer for ESPN tweeted earlier today, the morning of the last round of the PGA Championship that ends the ’14-’15 golf season. 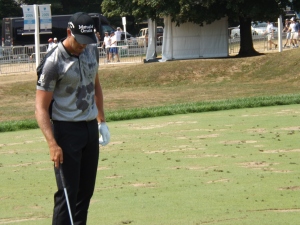 The Top 5 going into the final round:

The only surprise here, is Jason Day not being in the top 10, but then again, after his stellar season, his nerves and all of the excitement were likely at its peak going into the Tour Championship. “It’s always tough to — after a win, to kind of go back and try and back it up, because you come from such an emotional high to back down to a low for the first few days and then you’re back up to a high again starting Thursday.”

Don’t worry JDay…the new season starts back up again in 18 days and it seems like you’ll be starting the season quite strong.

Looking forward to seeing who takes the win today and excited for the ’15-’16 season to begin!