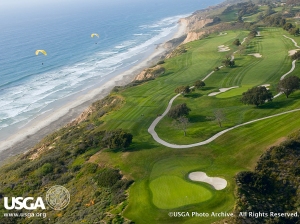 The 2015 season has picked up and we’ve got a great roster of golfers set to tee it up at Torrey Pines for the Farmers Insurance Open. To name a few great groups for Round 1: we’ve got Horschel, Fowler and Woods together. We’ve got Jason Day, Johnson and Rose together, and we’ve got Spieth, Matsuyama and Koepka together-with Koepka entering the tournament with the confidence of a champ after winning the Phoenix Open.

Woods as we all know, recently had a tooth debacle and had a not so great start for his first tournament back since August due to back injuries and other ailments. BUT he’s back and hopefully we see some good come out of this week at TPines.

Bubba, who played fantastic last week, had to back out of the Farmers Insurance Open because he had flu like symptoms for a few days. Probably a smart move on his part.

SO, out goes Bubba and in goes JDay who last played in the Sony Open on January 15th and was T17 shooting -10. Day known as one of the best players to not win a masters, has recovered from his back injury that he had in September and I think we’ll see great things out of him this season.

Looking forward to an exciting week watching some great players!